As a wedding photographer, I am always called to take photos on weekends and maybe even on special personal days. There aren’t many, but I do have a few special dates that I always decline, because they mean so much to me. My wife Sarah’s birthday is one of them. I think it says a lot about this couple that – when they came to me to take photos of their wedding on my wife’s birthday – even she said I absolutely have to do it! That couple is Sue and Peter – who live right next to my photography studio in Haddenham, Buckinghamshire. 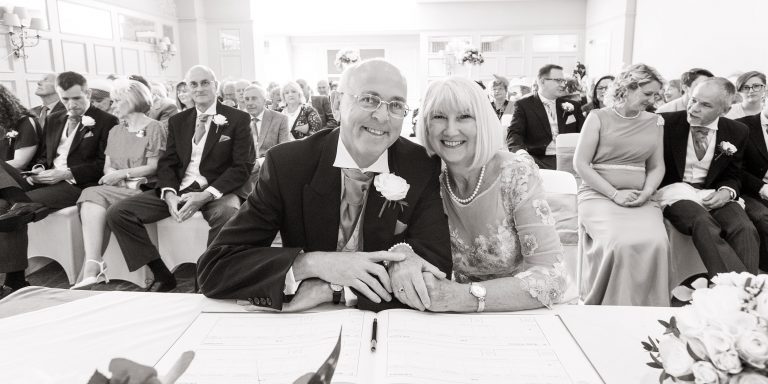 Everyone talk amongst yourselves: we’re going to photograph the signing….

I feel very privileged that, every now and then, I get a family who become ‘family’ to us. We end up taking their engagement shots, wedding shots, maternity shots, newborn shots… the list goes on and on! You end up almost living their lives alongside them, and get to be with them during the most intimate moments of their lives, capturing memories for them. It can be very emotional and you do end up with a very strong bond with these people.

Sue and Peter are no different – we have taken photos of them with their families, photographed Sue’s son’s wedding, and even one of their grandchildren did some photography training with me! Suffice to say, there was no way we could turn this wedding down – and I was delighted to be a part of another magical day with this wonderful family. 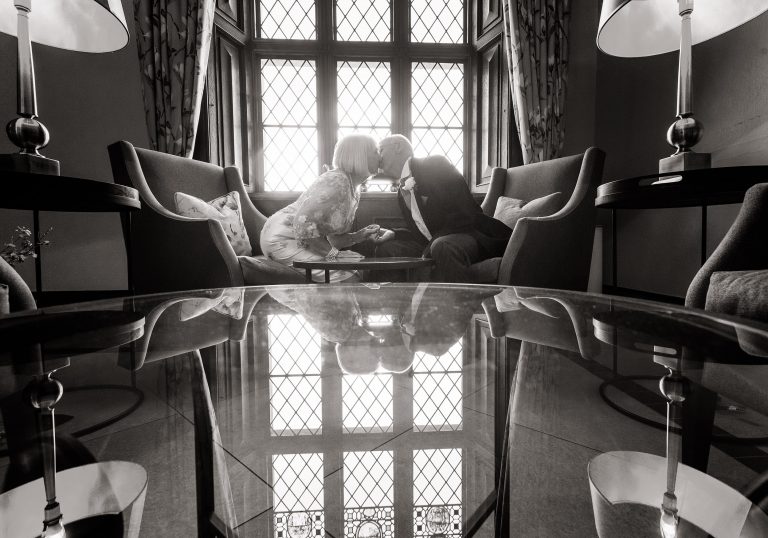 A shiny table and a lovely couple: a photographer’s dream.

As with most of the summer weddings I photographed in 2018, (except this one!) we woke up to the most beautiful hot day. I get to the venue super early to make sure I don’t miss a second of the excitement.

My ‘second camera’ Rachel and I are doing our usual preparation and scout of the area, and gradually there is this excitement building in the air. It’s just like any wedding we attend, and it’s one of my favourite parts. That hushed anticipation before the bride makes her entrance. We even managed to capture the look on Peter’s face when he saw Sue for the first time – it was a beautiful ceremony. 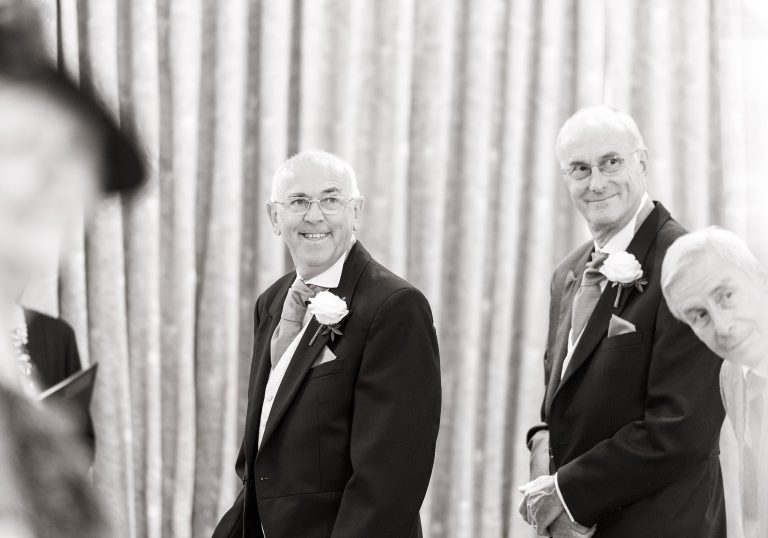 A real highlight for me was when Sue’s son, who had given her away, stood up to give what would have been the Father of the Bride’s speech. I have photographed probably hundreds of weddings in my wedding photography years, but this was one of the best speeches I have been lucky enough to be around for. 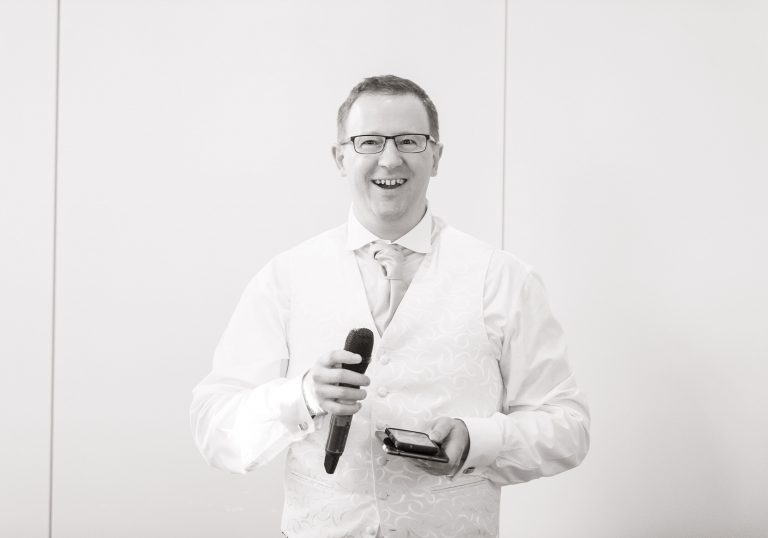 It was funny. It was poignant. It was moving. It was affectionate. It was eloquent. It was well-timed. You just don’t get many speeches like that, and it was great to be in the room watching it, and capturing the reactions of the guests. So a big well done to Sue’s son. 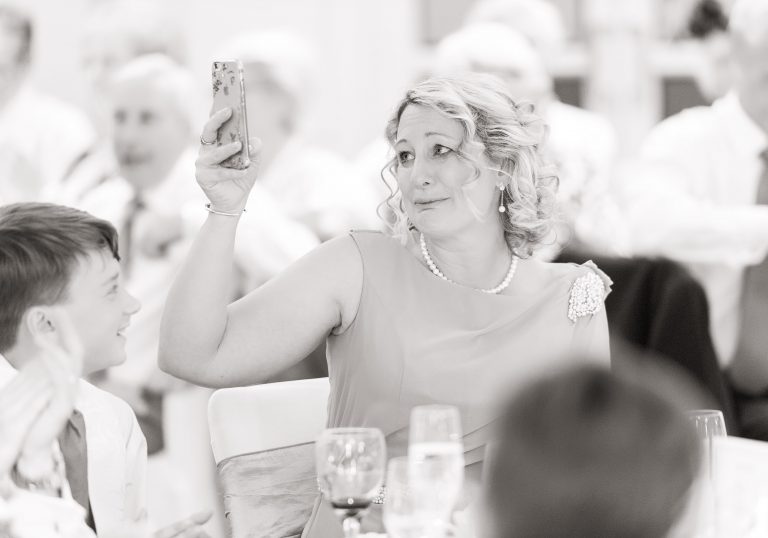 Towards the end of the day, as the sun was starting to go down, I managed to get 15 minutes or so with the bride and groom to take a few pictures of them. It had been such a busy few hours, we hadn’t really managed to squeeze in a shoot with just them two. At this stage it was early evening, but it was still beautifully warm and the lighting was perfect. All the group shots had been a success, but it was so important that we get Sue and Peter alone for those lovely, peaceful, intimate shots of the newlywed couple. 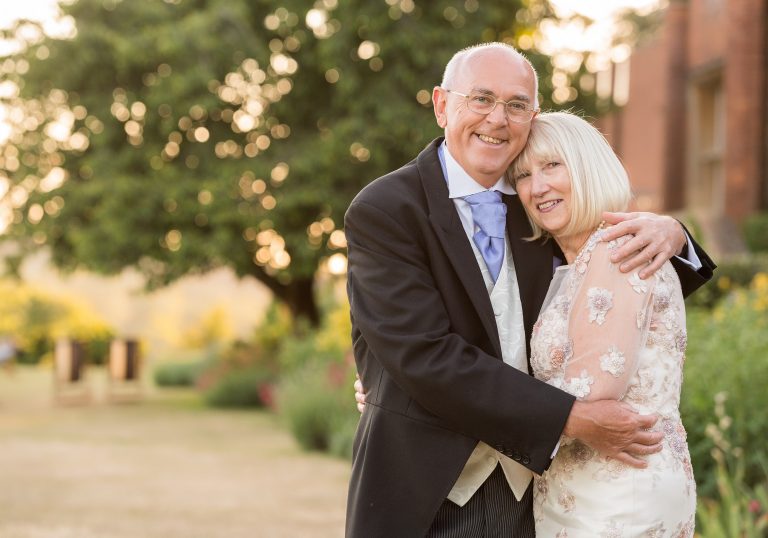 And as a wedding photographer, I often notice that I am giving the couple time to be just the two of them for once on their wedding day. It’s something we don’t often think about, but this might be the only chance they have to talk together – almost in private – since they tied the knot! So for a moment or two, I just left them to it, and during this time, I got one of my most favourite shots of the day. 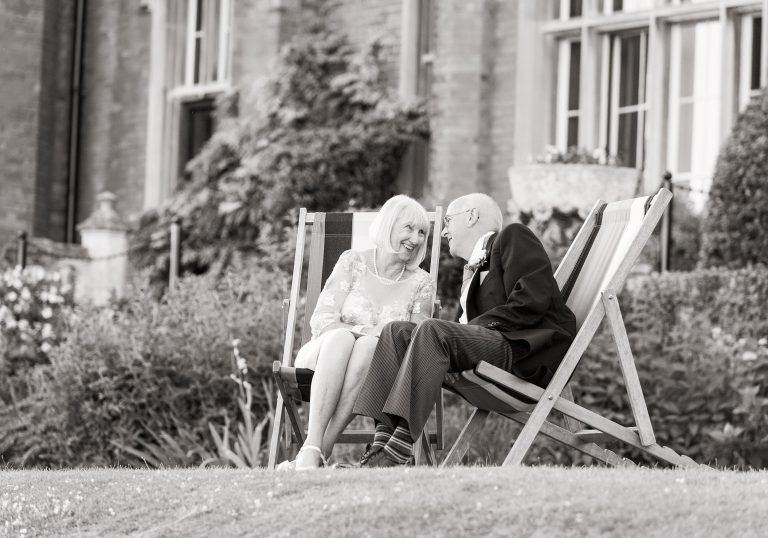 Life is about the laughter.

This picture of the two of them just laughing in deckchairs – it’s one of those images that wedding photographers absolutely kill for. Because it’s natural, it’s beautiful, everyone is having a nice time, the guests don’t really notice the couple are missing, so nobody is any the wiser. It’s just the bride and groom having a few minutes to themselves. I really love the sentiment behind this photo.

When we rejoin the party, I can’t help but tap a foot along to the songs being played by the DJ. This guy had everyone up on their feet – it was truly some of the best wedding music I’ve heard! I went to get a picture of the DJ and what I was met with really took me by surprise. I don’t know why, but we always expect the DJ at a wedding to be 30s-40s, life-and-soul kind of guy. Well, I think this guy must have been nearer to 90! And he had two standard laptops this big pair of headphones, and it was just incredible – it really took me by surprise. 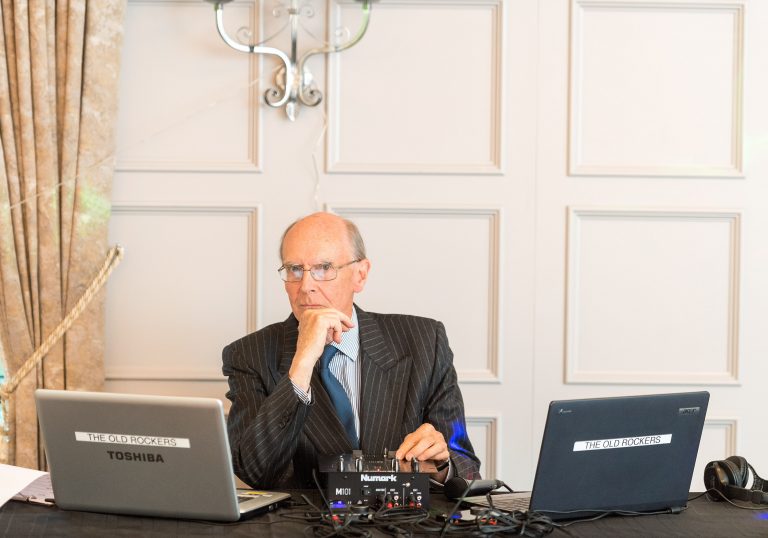 Best part about this? He never smiled. He always looked serious – even though he was playing the most joyous music that had everyone dancing, laughing and singing along, just having the most fun time. And every time I took a picture of him, although he had a twinkle in his eye, he had the most steadfast, serious expression I’ve ever photographed on any DJ ever! It was just one of the funniest things I have seen. What a brilliant guy – very talented, and very entertaining.

And then, in what seems like a blink of an eye, the sun sets on my time with the wedding party. It was a magical day and I was so honoured to be a part of it. As I drive away, I happen to look in my mirrors, and I can see the venue in the background lit by the setting sun. So I pull up onto the high banks under a wood, on a hedgerow. (One of the many reasons I drive a Land Rover!) I climb on top of the roof of the Land Rover and take one final shot looking back across the valley, and I think if you zoom into the picture really carefully you can see everyone partying in the distance. It was great to have that kind of shot as the closing picture. 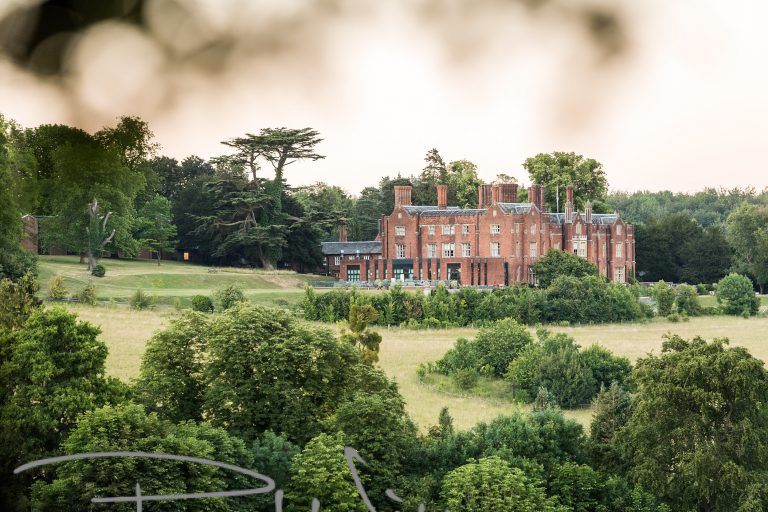 A perfect end to a summer’s evening.

Overall, it was the most beautiful wedding day, of a family and a couple who it has just been lovely to work with over the years. Thank you Sue and Peter for letting us be part of such a special occasion.

Are you looking for a wedding photographer? Please get in touch with me and my team today to learn more about the services we offer to make your big day timeless.