A gorgeous day, a stunning venue and a somewhat unusual image request, Rebecca and Tom’s wedding was unique beautiful!

It’s Monday evening.  Some would say that is a good thing as it marks the end of Monday.  And the end of a Monday is definitely better than the beginning of a Monday. Though, today at least, Monday has been a good one – I spent the morning creating images for the Crazy Bear in Beaconsfield (for those of you who don’t know, you should visit their website: it’s a very cool venue!) and the afternoon with clients which I always love.

And this evening? Well, it’s Monday so it was Spin Class at the inimitable FitLife gym. Now don’t get me wrong: I actually like being on a bike.  It’s exhilarating and it gets you from A to B without paying some oil tycoon (or our esteemed government) for the privilege. And Spin is just a stationary version of being on a bike right? Wrong. Spin is a torture, though admittedly it’s mostly self-induced as the hills that the ever-lovely-but-tough-as-nails Iona (the Spin Instructor) asks you to imagine are precisely that – imaginary.   But that doesn’t stop you wracking up the load on the bike and pushing on for another minute (and another after that) as Iona asks.  No amount of sweat stops you, no lactic build-up in your protesting legs, no lack of breath or crashing heart-rate.  Nope.  If Iona asks it, you give it. She is, frankly, a hypnotist. 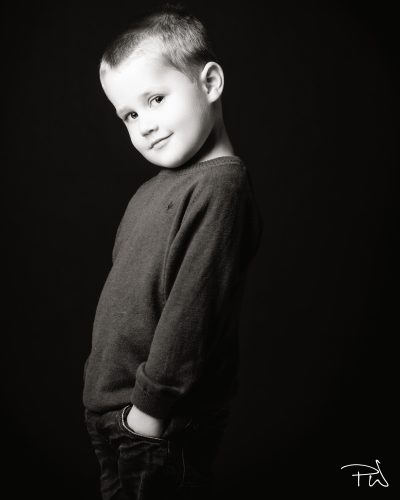 Finlay – such a dude!

So I am writing this blog with that self-satisfied smugness of someone who has completed an evening exercise class though we’ll quietly skip over the rather delicious Gnocchi and Pesto we ate post-session, after all there is always Wednesday’s class!

And so to some images…

Rebecca popped round today to pick up her wedding album, with her son Finley in tow and so, as all photographers would, I took a picture of him. He makes me smile so I couldn’t resist.

Rebecca and Tom had their wedding a few months ago and it was, quite simply, glorious. The sun shone, the guests were lovely and the venue, Hampden House, was a stunning backdrop. Everything about the day was as you would hope – and Rebecca and Tom were the perfect couple!

At this point I have an admission to make: one of my favourite images of the day was actually taken by a guest. “Really?” I hear you say. “Yes, absolutely” I respond: Tom asked us to create a photo that included myself and Meg in it and so I figured out an image where, while we are both clearly visible, we are, well, not exactly featured (you may not be so surprised that neither of us like being in front of the camera!)  Obviously though, I had to get someone else to hit the shutter on the camera. A little asking around led to one of the guests was identified as being suitably responsible (and, remarkably, still sober) so with a little setup, a moment of coaching and no small amount of nerves, we took our positions and he pressed the shutter. And the result is exactly as I’d hoped! 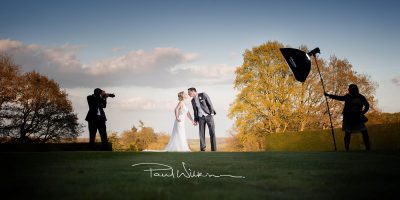 Meg and me in action!

A perfect end to a perfect wedding (even if I didn’t actually hit the shutter release personally!)

So Many Amazing People!

Weddings are wonderful for bringing people together. It was an absolute privilege to be a part of this world-class team!