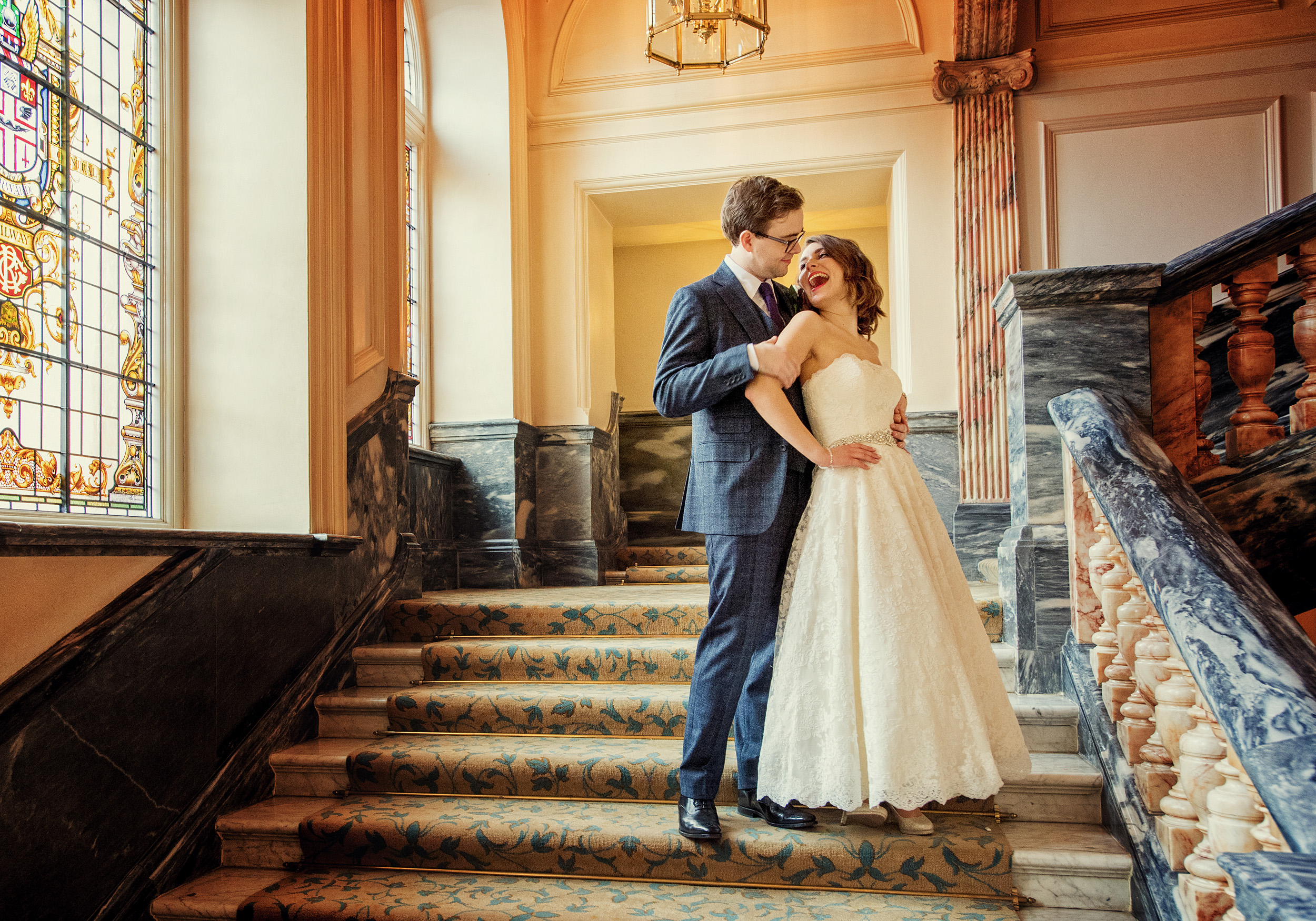 Emma and Richard’s eyes met across a London Tube as they commuted to work. Little did they foresee that, three years later, this would lead to them getting married at the most romantic London wedding!

The Most Romantic London Wedding

I so love this story. A story so romantic and unexpected that it could be the plot for a movie.

Richard, a lawyer, is calm – calm and smart. You’d like him to be your lawyer more than you’d wish him to be facing you across the table. Emma, an urban planner, is equally switched on. And likes to dance. Scrub that, she LOVES to dance.

They both shared the same Tube ride to work across London. Richard’s eyes fell on Emma and they never really left.

Eventually Richard did pluck up the courage to hop off at Emma’s stop and ask if she’d maybe like a coffee. Actually, as he recalls, he started the conversation with ‘I don’t know what I’m doing…’

Well, if he didn’t know what he was doing, he did a pretty good job of it as, three years later, we’re at the Landmark London Hotel in Marylebone photographing the most romantic wedding imaginable!

And it’s lucky that he asked on the day he did as that, as it turned out, was her final day in her job. If he had left it just one more day, they would never have seen each other again.

And a final footnote: Richard asked if Emma would like to go for a coffee (because, of course, that’s what you do.) She agreed and that’s precisely what they did: they went for a coffee. Which is ironic given that neither of them can stand the stuff – when they’re at the studio they only ever drink water!